Iron is the blood builder. It is vital in creating hemoglobin, which keeps your blood full of oxygen. This in turn gives you energy and a healthy skin color. When iron levels get low, you start to feel tired because of the lack of oxygen delivered to organs and tissues.

Sixty to seventy percent of the iron in our body is found in the blood hemoglobin. Your body’s total iron is about 3 to 4 grams, not much more than a small nail. Also, the body recycles much of the iron from cells when they are broken down.

Some foods block the absorption of iron. These include coffee, tea, egg yolks, and milk. Antacids can block iron absorption, and some vegetables, like spinach, that are high in tannins, oxalates, and phytates can also be iron absorption inhibitors (that doesn’t mean you don’t get any iron from them it is just reduced). Some studies suggested fiber was also an iron inhibitor, but it is unlikely to be problematic in a normal diet.

Likewise some foods help aid the absorption of iron. Eating foods high in vitamin C, such as citrus fruits or bell peppers, at the same time you eat iron-rich foods can help your body absorb the iron better. Most vegetarians eat plenty of fruits and vegetables and on average get more vitamin C, thus are able to absorb more iron from plant foods such as the plant based meats. This explains why vegetarians do not get iron deficiency any more than the general population. 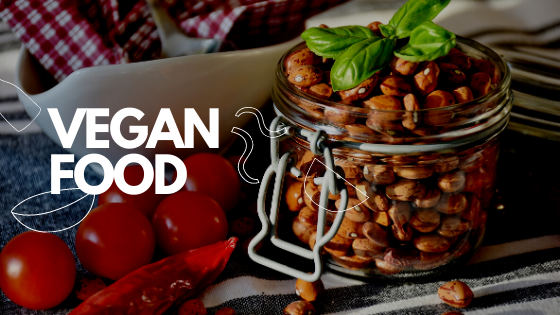 The erroneous message of drinking milk to increase your iron is not only a myth, less than 0.08mg of iron per serving, but is injurious especially to infants (not breast milk). A significant number of babies have blood in their stool if fed milk before 4 1/2 months old and toddlers with high milk intake are at risk for iron deficiency and excessive caloric intake. Milk, or rather casein (found in cheese too), inhibits iron absorption from good iron sources.

There are two forms of iron. Haem iron, found in animal tissue, and non-haem iron found in plants. Your body can use both!

Meat is one of the most available sources of iron, when it is cooked lightly and fresh, but there are health implications with improperly cooked meat. Meat has a 10 to 35% absorption rate, while plant foods range from 2 to 20%. That dramatic range comes from the phytates, which reduce absorption, and Vitamin C, which increases absorption, as mentioned before. Vegetarians who omit beans from their diet should keep an eye on their iron levels and sources.

Iron is one of those essential nutrients that is often overlooked. As discussed, much of the iron found in plant sources is less easily digested by the human body than iron found in animal sources. Therefore, vegans (especially those who omit beans and legumes) may want to monitor their iron levels to ensure they’re not becoming deficient. If your iron levels are low, you can boost your intake of dark, leafy greens or add an iron supplement.